Because I can’t seem to get enough of Elsa and the gang from Frozen, I sweet talked Dan into carting us and the girls down to Chicago on Friday for Disney’s Frozen On Ice for a Saturday morning show.  And how ironic is it that we had to get out of that town early because it appears that “the Queen has cursed this land!”  (Lame Frozen joke).  But seriously, it was either be stranded in Chicago until the weather calmed down or risk being stranded on an interstate with two toddlers.  I’ll take neither, thanks.  Luckily we were able to see the show and get back to the hotel to pack up before the storm rolled in. 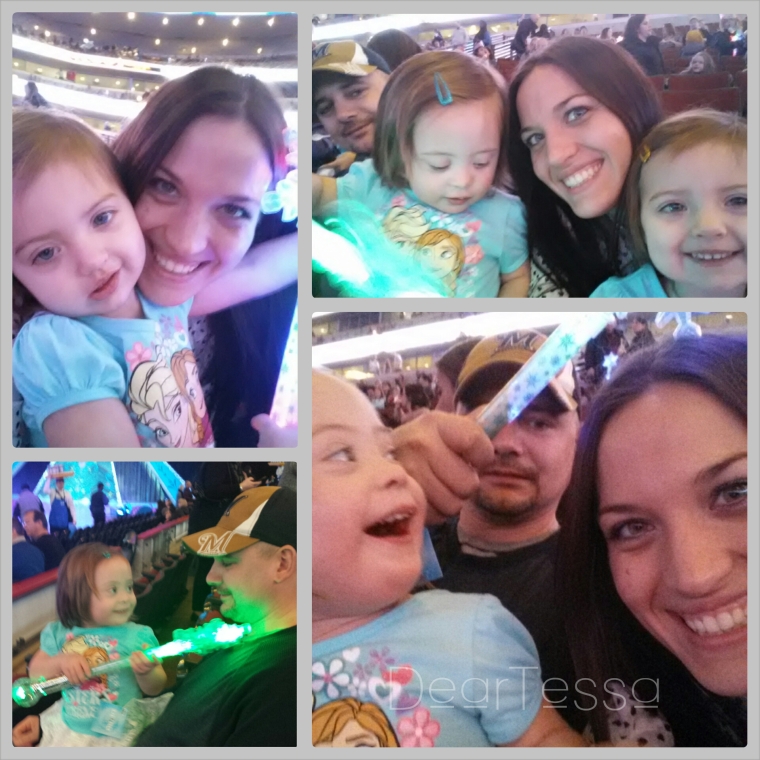 And yes…yes I did pay $30 for light up snow flake wands…not just one, two.  As you can see it was far from our worst investment as parents, although I wouldn’t say it was our favorite.  All in all, it was a great show.  I was right there belting out each song with Tessa and Kendal because all three of us have every word of Frozen embedded in our brains.  Sure the entire row of kids behind us dumped their $12 snow cones all over the floor under our seats, saturating our bags and coats; but we were so close to the action that we could actually see the sweat rolling down Kristoff’s cheek.  The smiles beaming from these two were priceless and the sheer joy that erupted from them when Olaf came skating out was well worth the snow flake wands, matching outfits, tickets and three and a half drive to downtown Chicago just in time for rush hour.

We cruised a few blocks around Michigan Ave. on Friday night and grabbed some serious Chicago Style pizza, finished with the greatest chocolate chip cookie and ice cream dessert I have ever had.  We went swimming in the hotel pool, then curled up to the sound of the noisy streets below.  It was perfect.  No work, no plans.  Just the sight of sleepy travel buddies snuggled in next to us.

When we had to end our time in Chicago early, we surrendered our plans to go to Shedd Aquarium and the Chicago Children’s Museum. We (and by we, I mean Dan) spotted a Cabela’s about an hour outside of Chicago, so we pulled in to let the girls run around for a while. 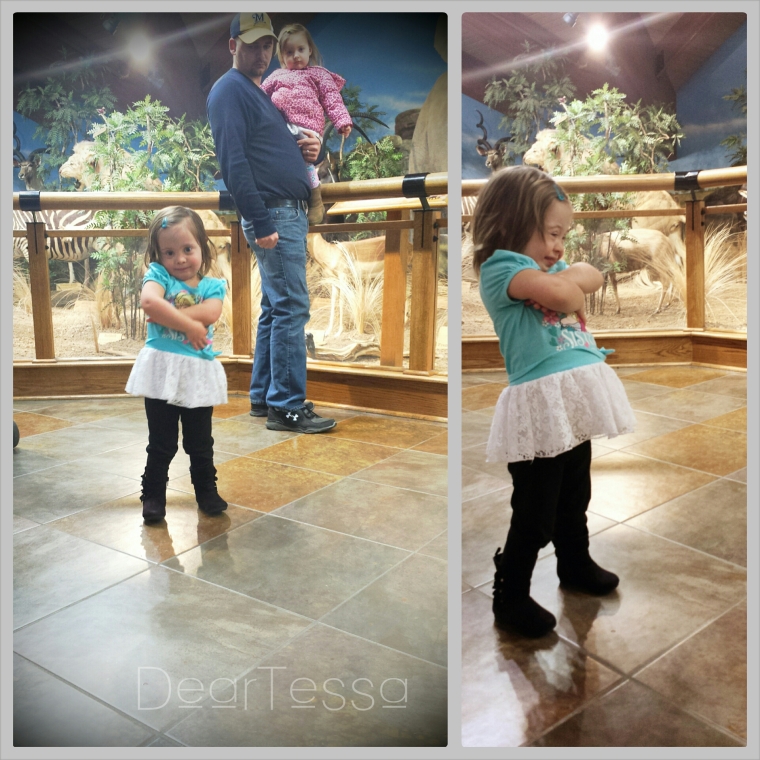 Miss Sassy decided to show up once we said we were moving away from the fresh fish aquarium.  And I am not going to lie, it was pretty hilarious.  I mean it was a full on back turn, arms crossed, head down, pout.  Maybe Dad didn’t think so, but I sure did!

Needless to say, we were all a little tired when we got home last night.  But I hope that many more little trips are in the future. Because we have memories for days from this weekend.  What I loved most is seeing the girls outside of their normal; pulling them from structure and seeing how they respond.  While it may not always be what we as parents had hoped for, there are times like this weekend when it was.  More importantly, I love setting aside time to treat them to something fun and unexpected.