Welcome back!  Do you know how many times I tried to post over the last few weeks?  It wasn’t for lack of anything to talk about. No trust me, I have experienced so much in the last few weeks that I could have easily had four posts…now I suppose I will try to jam it all into one, maybe two.

Take a small step back in time with me as I traveled to the National Down Syndrome Congress (NDSC) Convention two weeks ago in Indianapolis, IN.  I traveled with my sister Erika to help get 47 Strings:  Tessa’s Special Code into the hands of those who were looking for something just like it. Although I did not attend any sessions, I did see and learn so much from our small exhibitors table. 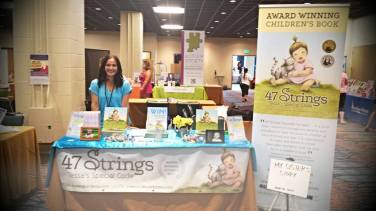 I saw familiar faces from Denver, and they shared stories of where the book has gone in the last year with them.  More than pride, I am honored to know that one special night in our home that took place just over two years is filling hearts and homes and schools and libraries and hospitals, etc.  47 Strings:  Tessa’s Special Code is giving people comfort and one kick ass reason to celebrate the beauty in what is different.  If I do nothing else while I am alive, I would die happy knowing that our story helped someone else feel the same way.

That is the exact reason why I love the NDSC Convention as well. Each year is a new platform from which we can only rise up.  We are all there for the same purpose:  to learn, grow, experience and celebrate.  For families like mine, who have a loved one with Down syndrome, the convention gives us a chance to be surrounded by people who can totally relate.  No where else have I been able to so easily talk about the ups and downs with so many people at once.  I matched Facebook profile pictures with actual people and visited with long lost friends.  Plus I seem to always have a great time which is just an added bonus.

This year we met many young adult self advocates, and for whatever reason they seemed to really enjoy the company of the Sullivan sisters at table 20.  Take Sean for example.  We had just arrived Thursday afternoon to the exhibitor’s hall where we could begin assembling our booth space.  About two tables down was a young man who noticed us immediately.  He stopped his conversation with those around him, shot us a huge wave and headed straight toward us with welcoming hugs.  He introduced himself, his iPhone 5 (which had a sweet wallet cover) and informed us that he was in fact single.  Shortly after meeting Sean we met his mom who shared probably twenty minutes worth of hilarious stories of Sean through the years.  Over the next couple of days, we looked forward to seeing Sean and hearing about his hilarious convention experiences.

Then we meet sweet Tess, who couldn’t help but notice that my daughter’s name is Tessa.  Tess’ mom was also selling her books at another table, but Tess spent most of her time collecting items from each booth and making hundreds of friends.  Everyday, and about three times a day, she would stop by our table and grab one of the blue and yellow Down Syndrome Awareness silicone bracelets “for a friend...” she would say as she glanced at me knowing that the bracelet was not going anywhere but to her vast collection of goodies from the weekend.  She probably has fifteen of them.  I can assure you that out of all of the friends I spotted her with, not one of them was wearing one of the bracelets she took for them.

I saw Rebecca, the Texas artist with a soft spot in her heart for a guy named Todd.  She was also my booth neighbor last year so it was nice to catch up.  We met Sam who graduated from college and told us what it was like to live on his own with his two wild roommates. He holds a steady job and volunteers in his spare time.

We stopped every parent with a baby or toddler in tow so that we could dote over their sweet babe.  The babies took me right back to when Tessa was an infant.  I could see myself holding her, rocking her and crying over her–wondering what life would be like for her.  I saw the look–that same concerned and overwhelmed look that adorned my face for months–on many new moms there.  Then again, I also saw it fade away each time they passed by as the weekend moved on.  With every conversation I had with young kids and adults with Down syndrome, the more I saw Tessa flying forward in her life.  I know in my heart that she is here to do great things.

The whole time I kept wishing that Tessa was there.  How she would have loved it!  Especially when Erika and I caught ourselves in the middle of the convention dance on Saturday night.  Erika was sucked into a massive conga line while I was trying to help our friend Tess find someone to dance with.  We could not resist a dance selfie in the midst of so much awesome.  One thing I know for certain is that somewhere on that 47th string is a dance gene that the rest of us with 46 strings did not get.  And that, my friends, makes me jealous. 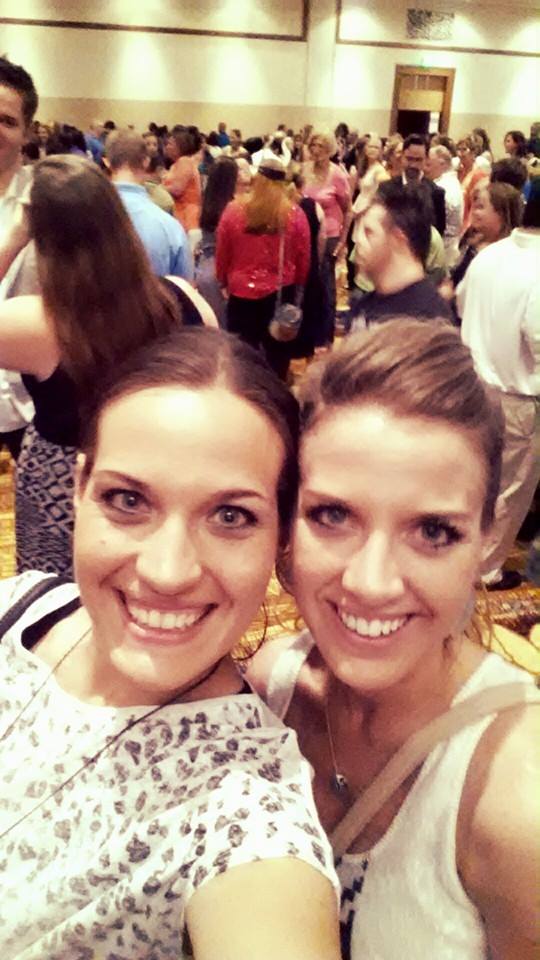 I guess you could say that I am already preparing for the NDSC Convention in Phoenix next year.  Umm hello?!  I think I might skip a year with the book and attend sessions with my girl Tessa.

Who am I kidding?  I am definitely going to need another post.  No way could I fit everything in one.

If I met you in Indy this year or if you purchased a book, let me know how your book experience has been so far in the comments section! ~

One thought on “Indy 2014–NDSC Convention”